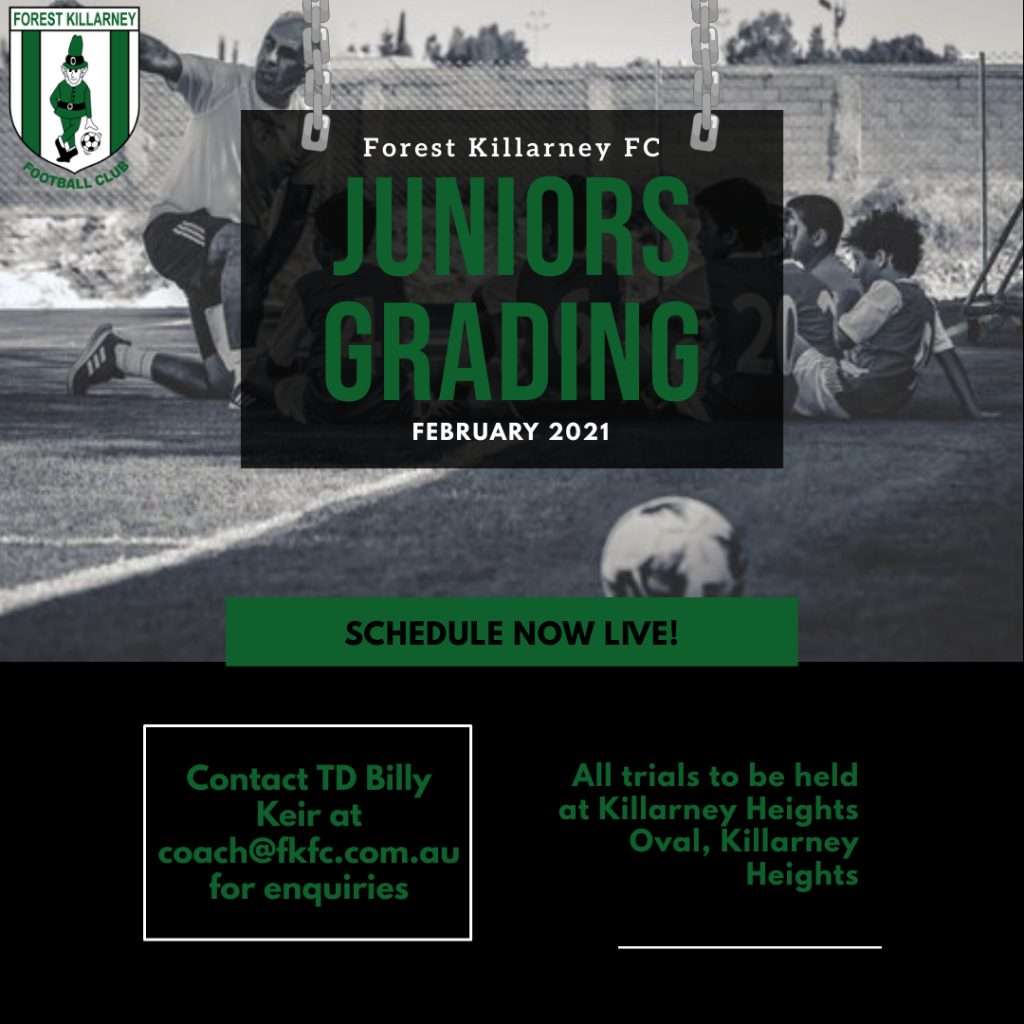 Please note that ALL GRADING is taking place at Killarney Oval.

Grading is fast approaching and we are asking for all players who wish to nominate for grading in 2021 to click on the attached link Grading Form and fill in the necessary details. In filling in this form you are signalling your (or your childs) intent to grade. We require this detail completed by Sunday 31st Jan for your child to be considered for grading.

Grading will take place from the first week in February. The schedule of exact dates and times is located here Grading Schedule. We aim to have squads announced by the first week of March.

Grading in W9-W10 may take place depending on volume and demand. If teams are happy to play with friends that is fine. A decision to grade these lower ages will be based on the best interest of the whole age group.

How does it Work?

Each age group will be graded in 2 seperate sessions. Qualified, independent graders will assess the ability of the players over these 2 sessions and form teams. Club TD Billy Keir will lead this group. Parents are at no stage allowed on the field during grading. Parents and team coaches are also not permitted to be part of the grading process. The decision of the grading committee is final.

What if I am away on either one or both the selected dates?

Please let your age co-ordinator know prior to the grading days so we can potentially arrange an alternative. Illness will be managed by exception.

Some age-group coaches like to arrange casual kick arounds prior to the season commencing. These are not associated with grading and have no bearing on the outcome of the grading process. By placing your child’s name on the grading list we will communicate directly any kick arounds that take place.

If you have any questions about grading or the grading process please reach out to either your age coordinator or club TD Billy Keir coach@fkfc.com.au.